Ahcène Bounceur is an associate professor of Computer Science at the university of Brest (UBO). He received a Ph.D. in Micro and nano electronics at Grenoble INP, France in 2007. He received the M.S. degrees from ENSIMAG, Grenoble, France in 2003. From April 2007 to August 2008, he was a postdoctoral fellow at TIMA Laboratory. From September 2007 to August 2008, he was with Grenoble INP, France where he was a temporary professor. He has obtained the 3rd place of the Annual IEEE Test Technology Technical Council (TTTC-IEEE) Doctoral Thesis Contest, VLSI Test Symposium, Berkeley, USA, May 2007. His current research activities are focused in: Tools for physical simulation of Wireless Sensor and IoT Networks, parallel models for accelerating simulations and predicting parameters in WSN, sampling methods for data mining, development of CAT (Computer Aided Test) tools for analog, mixed-signal and RF circuits and statistical modeling of analog, mixed-signal and RF circuits. He is the coordinator of the project ANR PERSEPTEUR and a partner of the project Suidia.

Dr Thar Baker is a Senior Lecturer in Software Systems Engineering and leader of Computer Science Research Group at the Department of Computer Science, Liverpool John University (LJMU). He has received his PhD in Autonomic Cloud Applications from LJMU in 2010. Since then, Dr Baker has published numerous refereed research papers in multidisciplinary research areas including: Cloud Computing, Algorithm Design, and IoT. He has been actively involved as a member of editorial boards and review committee of a number of peer reviewed international journals including Future Generation Computer Systems of Elsevier, and is on programme committee for a number of international conferences including CCGrid. He is Expert Evaluator in the Future Internet Research and Experimentation (FIRE) initiative at the European H2020 Framework, and ICTFunds of UAE. 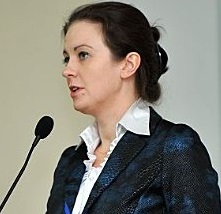 Irina Gudkova is an Associate Professor of Applied Probability and Informatics Department at the Faculty of Sciences of the Peoples’ Friendship University of Russia..

Anne James is Professor and Head of Computing and Technology at Nottingham Trent University. Holding BSc and PhD degrees in computer science and data modelling, she has been engaged in higher education for many years and has focused her research in the area of data and distributed systems. She has co-authored many peer-reviewed publications and has edited books, journals and conference proceedings. She has successfully directed many PhD projects, whilst also being active in international research collaborations and serving on the committees of a number of international conferences. She is currently a member of the Network Infrastructures & Emerging Technologies (NIET) research group at Nottingham Trent University. Her current projects include Cloud Forensics and Biometric Public Key Infrastructure. Formerly Anne held the position of Professor of Data Systems Architecture at Coventry University where she oversaw research degrees across her faculty.

Professor of Artificial Intelligence
Director of the Centre for Advanced Computational Science at the Manchester Metropolitan University (MMU) UK.

Biography: Prof Peng is a Professor of Artificial Intelligence and the Director of the Centre for Advanced Computational Science at the Manchester Metropolitan University (MMU) UK. He is coordinating the strategic programme of “The Future of AI” and developing the AI-2030 interdisciplinary research programme to bring AI research, innovation, education and business closer. His research interest includes AI and Data Science and their applications to health informatics, the future cities and creative industries. He is also interested in the impacts of AI to economy, society and environment. He is the Chair for the Big Data Task Force (BDTF) of IEEE computational intelligence society (CIS). He is also a founding member of the Technical Committee on Big Data (TCBD) of IEEE Communications. He is an Associate Editor for IEEE Transaction on Big Data, IEEE Access, and an Academic Editor of PeerJ and PeerJ Computer Science.

Dr Kelvin Anoh received MSc degree in Data Telecommunications and Networks from the University of Salford – UK in 2010. On completion of his studies, he worked on a project that investigated Management of Energy Consumption of Data Centres. Dr Anoh received PhD degree in Telecommunications Engineering from the University of Bradford – UK, in 2015. He joined the Communications and Smart Systems Research Group in Manchester Metropolitan University (MMU), UK in 2016 as a Postdoctoral Research Associate where he worked on a recently completed Innovate UK and EPSRC project (“Smart in-building micro-grid for energy management”) in collaboration with two other industrial partners. The project received the MMU Knowledge Exchange Project Award and the MMU Outstanding Knowledge Exchange Project Award of year 2016. Presently, Dr Anoh works on the ongoing Peer-to-Peer Energy Trading and Sharing – 3M (Multi-times, Multi-scales, Multi-qualities) EPSRC UK-Korea project in collaboration with Oxford, Imperial College and Bath Universities (UK) including Gachon University, I-ON Communications LTD (South Korea), etc. He received the best paper award at the ICFNDS conference, Cambridge in 2017. He has published over 60 peer-reviewed conference and journal papers. His interests are in the areas of smart-grid, wireless/power line communications, machine learning and emerging technologies. 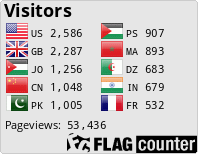 Copyright © 2021 All Rights Reserved by IFNDS